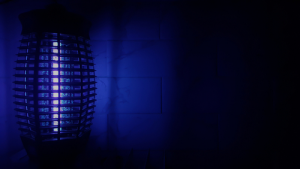 Effective pest management has always been a challenge for commercial establishments. The presence of insects not only spoils the environment of a workplace, certain businesses also require a pest-free premise for their regular operations. In the recent years, insect light traps have emerged as a popular alternative, especially for eliminating the flying insects.

Before discussing ahead, let us discuss what an insect light trap is. These devices utilise a unique technology to effectively and hygienically capture flying insects. Unlike the conventional electric insect killers, these devices make use of UV light technology to attract the insects and trap them on a concealed glue board. The functioning of these devices is based on the well known fact that insects are attracted to light.

Though there can be certain variations across manufacturers of different types of trap, an insect light trap, in general, is comprised of the following components.

In order to ensure maximum efficiency for your insect light trap, their strategic placement around the property is extremely important. Mentioned below are some simple guidelines for placing insect light traps.

How do Insect Light Traps Work

Before discussing how insect light traps work, it is important to understand why insects are attracted to light sources. Interestingly, there are a number of theories offering a possible explanation of this insect behavior.

Some insects are attracted to light because they consider this to be a safety signal. Another popular theory suggests that insects use light sources as a navigational aid. This method, however, only works as long as the light source is constant.

It is important to note that all insects are not attracted to light. This behavioral difference can be explained by a phenomenon known as phototaxis. Certain insects (cockroaches and earthworms) have a negative phototaxis, and are repelled by light sources.  On the other hand, insects such as flies and moths are naturally attracted to light because they have positive phototaxis.

Moreover, though human beings can’t see UV light, a number of flying insects can see and get readily attracted by UV light. This is the reason why UV lights are extremely preferred for insect light traps.

If you have already decided to install an insect light trap, here are some additional recommendations for you.